A global contributor to wines around the world, Australia has some serious goals to give for countries that are trying to make it big in the wine sector. In the past 75 years, the production of Australian grape and table wine production has evolved from a cottage industry into one of the world’s most popular wine producers.

Since 2015, Australia has been the fastest-growing wine exporters in the world. Whenever and wherever it’s about wines, not taking Australia’s name seems unfair. The three major wine regions in Australia by volume are South Australia, New South Wales, and Victoria.

South Australia and New South Wales are famous for their warmer climate varieties such as Shiraz and Cabernet Sauvignon, whereas Victoria is known for cool climate-loving Pinot Noir.

Let us check out the best wines regions of Australia below.

The proud wine-growing district was the first one to come up in Victoria. Its history goes back to 170 years making it the birthplace of Victoria’s wine industry. All the way in 1838, the first vines were planted and the culture went on to spread through the 1860s and 1870s. Unfortunately, wine production in Yarra Valley ceased in 1921 due to increased demand for fortified wines. In the late 1960s, the replanting began which gradually led to the Yarra Valley being addressed as one of Australia’s foremost cool climate regions where classic style wines are made from a wide range of varieties. It is also home to many bold and exciting new breeds of revolutionary winemakers who are experimenting with grape growing and winemaking keeping the traditions intact.

One of the world’s best wine-growing areas, Barossa has more than 150 wineries and 80 cellar doors. Shaped by German settlers in 1842, it is the home to some of the oldest vines in the world, many of which are over a century old. The region has been consistently producing outstanding vintages over the past 160 years. Barossa Valley and Shiraz have become synonyms to each other over the years. Not just that, the valley is renowned for its full-bodied Chardonnay as well, Eden Valley Riesling and Cabernet

Sauvignon, it has many varieties to offer. It also has a range of hotels to stay in with a picturesque cluster of villages, rolling hills, stone churches and vineyards.

Located in the southwest corner of Western Australia, Margaret River is isolated geographically. Still, the region has established itself as one of the premier provinces for fine wine. This is because more than 200 boutique wine producers which operate in the region accounting for about 25 per cent of Australia’s premium wines. Margaret River has a similar climate to that of Burgundy and France. The region is best known for its Sauvignon Blanc, Cabernet Sauvignon and Chardonnay. It is a great place for wine tasting and other touristy things.

A South Australian wine region on the Limestone Coast bordering Victoria, Coonawarra is best known for producing Cabernet Sauvignon. Another popular thing about it is the presence of rust-coloured Terra Rossa soil. The region has maritime conditions which are also suited for Shiraz which once dominated the wine variety in the area. It has cosy and comfortable accommodations for visitors who come for wine tasting in the area.

An area with a cool climate and an elevated altitude making wine distinct from others produced in the state. It has a reputation for producing the best Pinot Noir and Chardonnay. In the last decade, the subregion has emerged as a winemaking hotspot.

A warm-climate South Australian region with a reputation for producing plush, fully flavoured whites and reds. Best known for Shiraz, the area also excels in the production of premium Grenache and Cabernet. Some Mediterranean varieties like Fiano, Vermentino, Tempranillo and Sangiovese are also very well suited climatically and provide wine lovers with another wonderful discovery. One-third of the cellar doors offer local produce as a part of the tasting experience inclusive of high-end, starred restaurants to casual platters.

Don’t forget to explore these best wine regions in Australia whenever on a tour!

Do long for some tranquility? Let's have a look at these accommodations with spa bath in Brisbane. Perfect for your weekend getaways. 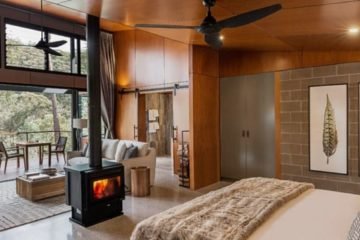 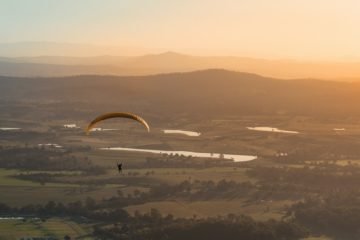 Top 7 Spa Retreat In & Around the Gold Coast

Are you looking for a great spa retreat getaway where you can spend some quality time on your own, with family, or with friends? You can check out many spa retreat spots around the Gold Read more…